Few areas of science get as nuanced as culturing cells. The methods and media vary with the cells being cultured and the downstream experiments and analysis. If one thing matters in most cell-culture applications, it is grip. The cells needs something to hold, something to grab as they grow and divide. One way to provide that feature is with nanopatterned cultureware.

Over the years and decades, scientists tried many ways to create a great surface for cells to grow on in culture. An oldy but still a goody is rat-tail collagen. Just coat a microscope coverslip with this collagenous material, and you’re good to go for cell growth. Well, good to go might be an overstatement compared to other options. Let’s just say that it works.

It takes a little more to replicate a natural environment. In 1982, for example, Mina Bissell of the Lawrence Berkeley National Laboratory showed that growing cells with extracellular matrix (ECM) changes the gene expression of cells.

More than that, having ECM or something that mimics it makes it possible to culture cells longer. Some cells surfaces even promote the production of ECM.

To get a grippy surface, a nanoscale pattern can be etched into a material. In 2016, Jason Gleghorn, now at the University of Delaware, described a nanopatterned surface as: “Surfaces (substrata) that are fabricated to have chemically or topographically nanometer-sized features, which are used to investigate cell morphology, phenotype, and/or behavior.”

For example, Themis Kyriakides of Yale University and his colleagues used nanopatterned bulk metallic glasses (BMCs) to study the polarization of mouse macrophages. They concluded: “Our study demonstrates that nanopatterning of BMG implants is a promising technique to selectively polarize macrophages to modulate the immune response, and also presents an effective tool to study mechanisms of macrophage polarization and function.”

So, there’s lots that can be done with nanopatterned cultureware, all without touching a rat’s tail.

No need to DIY

Cell culturing is also an area where many scientists have taken a DIY approach to getting what they need. When it comes to nanopatterned cultureware that’s unnecessary. We carry many items that might be of interest.

For example, we carry products based on NanoSurface Biomedical’s ANFS (Anisotropically NanoFabricated Substratum) technology. This surface includes topographical features that resemble the ECM. 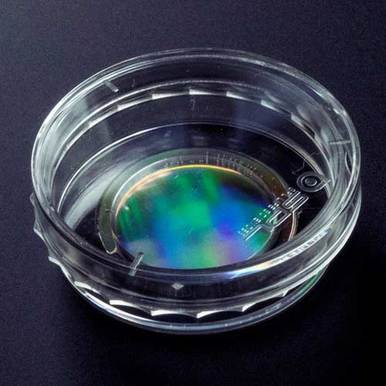 The 35mm, Single-Well ANFS, Nanosurface Dish, for instance, can be used to direct the cellular morphology and phenotype of various cell types—often producing more mature cells than other surfaces.

This surface has been used with many kinds of cells, such as cardiomyocytes, including human induced pluripotent stem cell (iPSC)-derived ones, dental-pulp stem cells, fibroblasts, human mesenchymal stem cells and skeletal muscle. 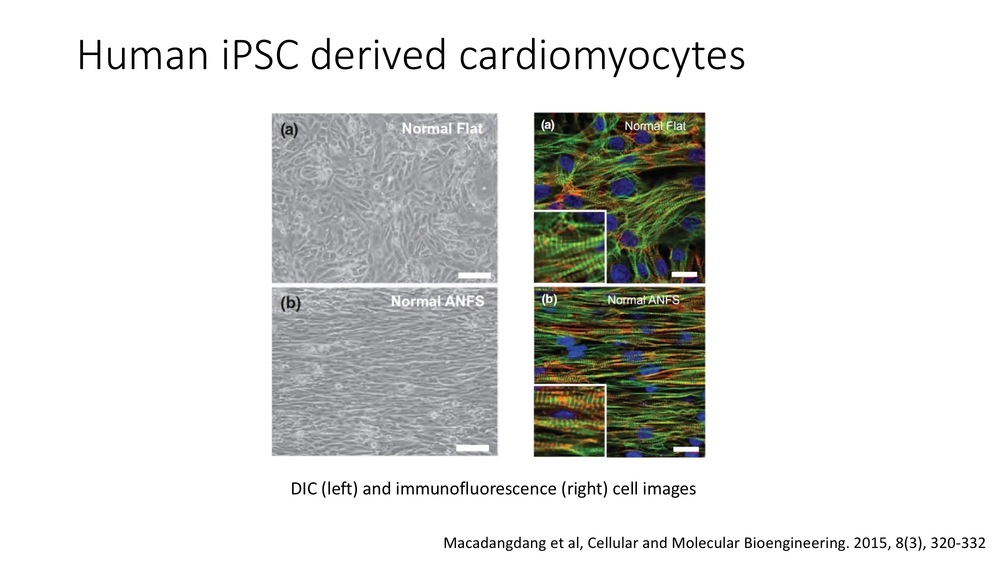 In addition to the physical features in these substrates, they are plasma-treated to stimulate cell attachment. When needed, untreated substrate is available; so, a scientist can use a special treatment or compare various ones.

Moreover, this material’s fluorescence is low enough that it will not interfere significantly with methods that involve fluorescent labels.

So, give your cells a grip with our nanopatterned cultureware. It could make life in the lab more productive for personnel and cells.